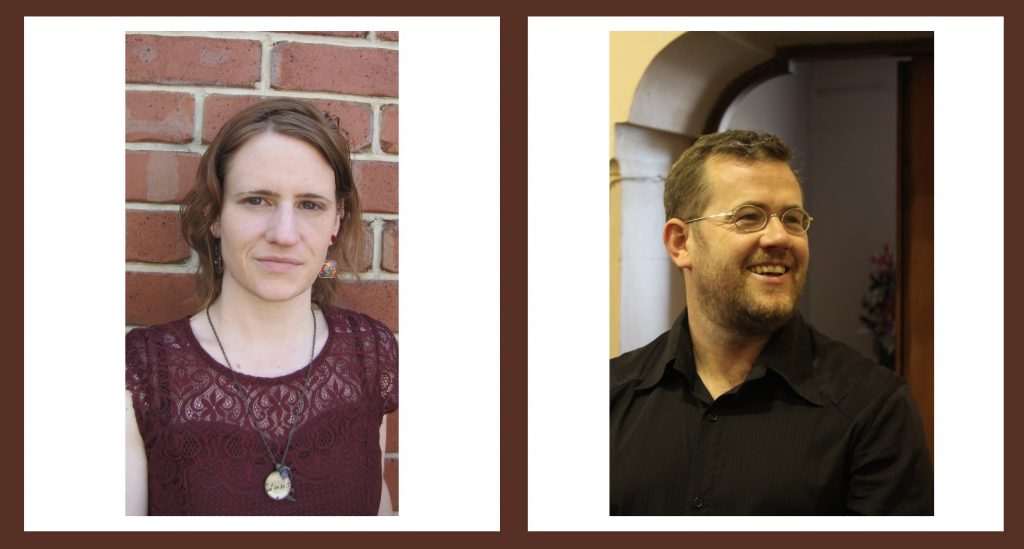 ABOUT SARAH
Sarah Downs started singing lessons with Beverley Peart in 2005. After beginning a Bachelor of Music (Music Composition) at the Elder Conservatorium, she transferred to a Bachelor of Arts and graduated with a major in Italian and minors in both German and Linguistics. Sarah has continued classical singing under the tutelage of Stella Panozzo and attained the Associate Diploma in 2019. Sarah has previously sung with the Conservatorium’s Bella Voce choir, St. Francis Xavier Cathedral Choir, and Adelaide Philharmonia Chorus. In her free time Sarah likes to surround herself with music by producing and presenting “Arts Diary” for Radio 5MBS, and by writing music.

ABOUT JAMIE
Jamie completed an Honours Degree at the Elder Conservatorium under Noreen Stokes and Stefan Ammer before further study at the Martinů Academy in Prague and the Musikhochschule Freiburg. Winner of the Geoffrey Parsons Award and the Mendelssohn Competition in Berlin, Jamie has presented concerts in Australia, New Zealand, the UK, the US, and throughout Europe. An established and experienced chamber musician, accompanist, teacher, instrumental and vocal coach, Jamie has performed with the Adelaide and Sydney Symphony Orchestras. He has also appeared in the Elder Hall Lunch Hour and Perspectives series, the Adelaide Festival of Arts, Melbourne and Adelaide Fringe Festivals, and has given live national broadcasts and made recordings for ABC Classic FM, Southwest Radio Germany and in collaboration with the State Opera of South Australia, the Adelaide Chamber Singers, The Firm, and the State Theatre Company of South Australia.